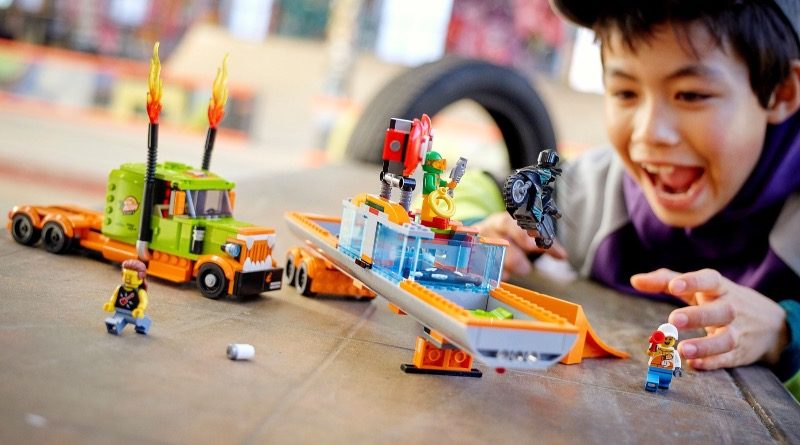 The LEGO Group has unveiled the full wave of LEGO CITY Stuntz sets coming our way later this year, giving us a closer look at the new flywheel-powered motorbike elements.

A total of 10 sets make up the Stuntz range, which – as you can probably guess – takes its inspiration from stunt shows. That’s a hefty number compared to similar subthemes, but six of them are essentially just a minifigure and accompanying stunt bike.

Where the LEGO Racers vehicles of the early 2000s relied on pullback motors for propulsion, however, the brand new bike elements instead use flywheel-powered motors. These are activated by repeatedly pushing the bike forward to spin the flywheel and build up kinetic energy, which is then stored and used to propel the motorbike (and its rider) when released.

The four larger sets all include at least one of those bikes, along with ramps, trucks and various stunt show paraphernalia. Check them all out in the gallery above, or hit the links below to see them over on LEGO.com (at the time of writing, 60293 Stunt Park is only listed in the US). They’re all set to launch on October 1.