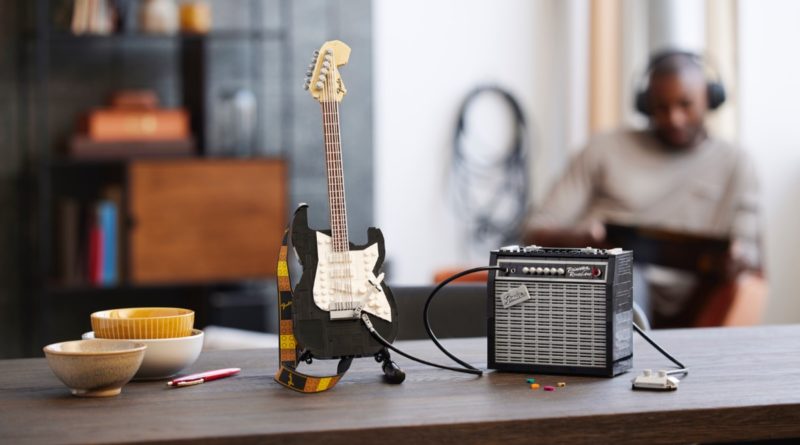 The newly revealed LEGO Ideas 21329 Fender Stratocaster has been given a unique vintage-styled advert from one of the theme’s biggest fans.

Coming from the owner of every LEGO Ideas set ever made, the upcoming 21329 Fender Stratocaster has received some fan-made marketing that looks like it could have been released nearer to the original guitar’s launch in 1954.

Twitter user lego_Ideasfan_99 shared the image, which sees the brick-built Fender Stratocaster and amp featured on an aged advertisement that seems like it was printed in a 1950s newspaper. All important information for the set is displayed including launch day and price, despite this not being official.

The black and white imagery helps to sell the aged look of the image, but still shows off the details of 21329 Fender Stratocaster – the 37th LEGO Ideas model in the theme.

The original fan designer of the build is credited on the image as well as phrases to help sell the instrument to consumers. In the replies, the inspirational source material for the unofficial LEGO advert is provided for comparison, showing how authentic to the older marketing this picture is.

LEGO Ideas 21329 Fender Stratocaster will be available on October 1 for £89.99 / $99.99 / €99.99 and you can find out more about the upcoming creation in our in-depth review right now or head here to see how the model integrates and includes several non-LEGO elements.