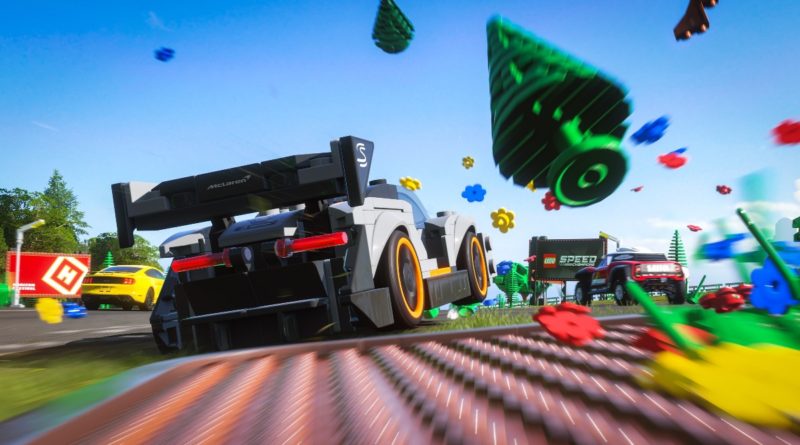 The Bits N’ Bricks podcast is covering the LEGO DLC for Forza Horizon 4 in the latest episode, discussing how the partnership came to be.

As part of the two expansion packs for Forza Horizon 4 by Playground Games, the Xbox title revealed at an E3 event that the latter of the pair would be based on LEGO Speed Champions and was released originally in 2019.

The DLC was the result of a partnership between the LEGO Group and Playground Games and their teamwork is being further explored in the most recent episode of the official LEGO Games podcast as the 41st episode overall in the fourth and final season.

“It was actually the Detroit Motorshow in 2016 where I met Michael McClary, who was running Microsoft Forza side of things,” shared Craig Callum. “And it was chatting to him where we just kind of were chatting about what we do, we’d just met each other, we were introduced by Ford. We were chatting about what we do and how much fun it is. And then it just kind of led to this, this idea that perhaps we need to get bricks into the Forza world”